American alt-folk icon to tour the UK & Ireland in June

Michael Hurley (a.k.a. Doc Snock) is a quiet legend, a wry conspirator in the stand-up of life. “The world is his front porch” and, come June, the American alt-folk icon’s vista will be a collection of very special venues in Scotland, England and Ireland.

The 76 year-old Hurley has been making music for nigh on 50 years. Having broken ground as part of the Greenwich Village folk movement of the ‘60s, he continues to perform his uniquely crafted — and vast — catalogue of tunes, performing odes to aliens, tea and women for spellbound audiences at home in the US and abroad.

As content playing small-town folk nights as he is performing alongside the likes of Kurt Vile, Meg Baird and Sharon Shannon, Hurley last played the UK in 2013 and is excited to return for more.

With an Australasia tour halfway done and dusted, 2018 is already proving a busy year, but as Hurley admits, “It’s quiet in Brownsmead Hill”. While it may interrupt tinkering on his ‘68 Chevrolet Impala and ‘73 Dodge wagon, another jaunt around the UK is something to anticipate and celebrate.

Shows are expected to sell out, so get in quick.

The latest from Michael:

“Just getting started on all my Australia and Tasmania shows. Played 2 out of 10 and having a nice day off. I’m doing some shows with Australian singer and writer Darren Hanlon. We’re printing and selling comic books and Darren has a book about conversations with barbers of the world called Cutting Remarks. Half of my CDs are already sold.”

Michael is an illustrator, and drew the image on the tour poster you see before you — as well as all of his album covers (except for his 1964 Folkways debut LP).

Barry Dransfield covered ‘The Werewolf’ on his debut solo LP in 1972. 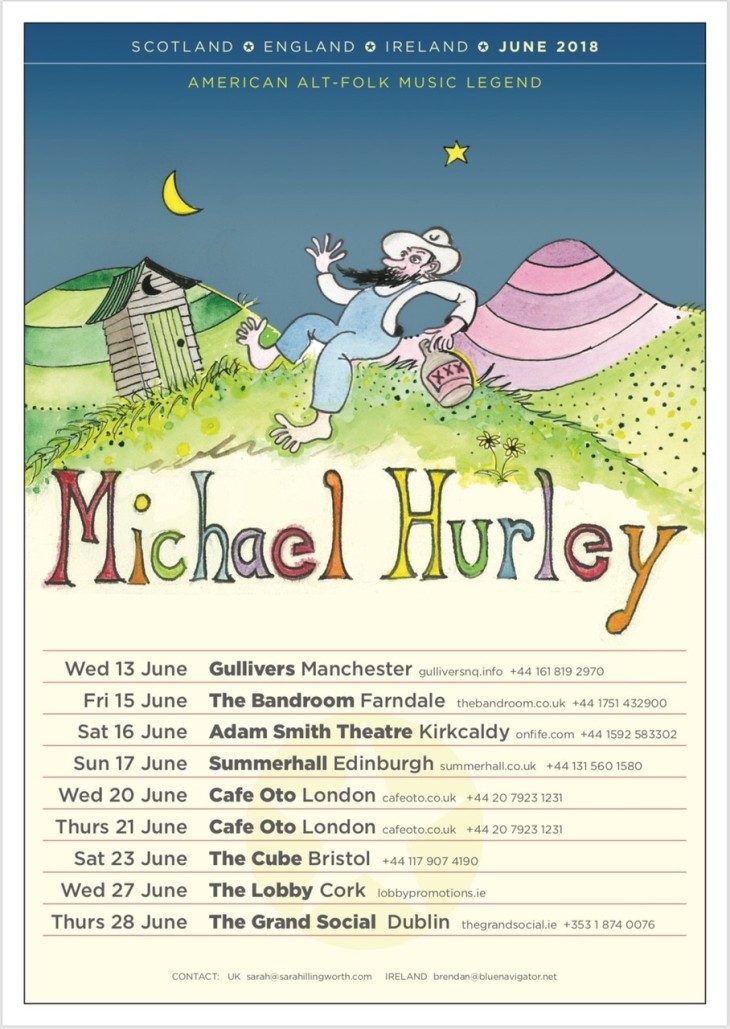